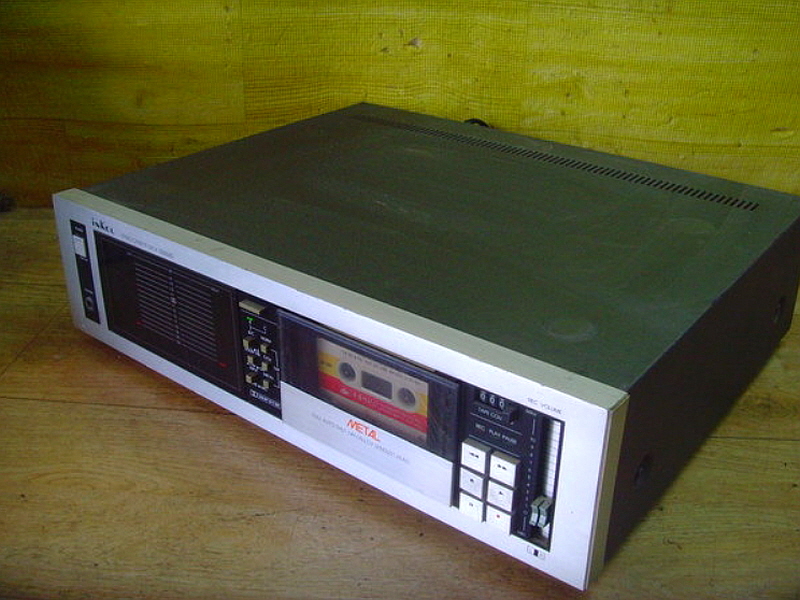 *1. Sendust Head : Sendust is a magnetic metal powder that was invented by Hakaru Masumoto at Tohoku Imperial University in Sendai, Japan, about 1936 as an alternative to permalloy in inductor applications for telephone networks. Sendust composition is typically 85% iron, 9% silicon and 6% aluminum. The powder is sintered into cores to manufacture inductors. Sendust cores have high magnetic permeability (up to 140 000), low loss, low coercivity (5 A/m) good temperature stability and saturation flux density up to 1 T. (출처 : 위키피디아) 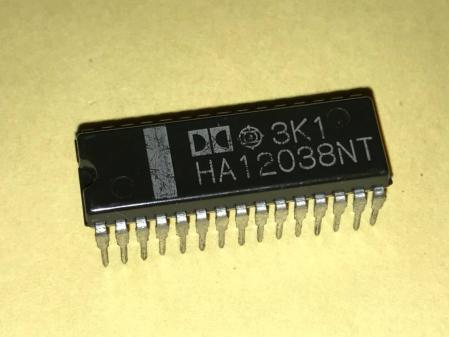 Heading the line of moderately priced Sherwood cassette decks is the Model S-6000CP, which features three heads, Dolby-B and Dolby-C noise-reduction systems, and a logic-controlled, solenoid-operated transport. The recording and playback heads are made of wear-resistant Sendust bonded into a single structure. Because the recording and playback heads are separate elements, the user can instantly compare the signal going to the tape with the recorded result, and the head-gap widths can be optimized (during manufacture) for their respective functions. A single d.c. motor with electronic-governor speed regulation drives both the capstan and the reel hubs.

The cassette well is rather unconventionally located on the right-hand side of the front panel; it is illuminated, and its door hinges are mildly air-damped. Cassettes are mounted, tape openings downward, into the customary slides behind the door. Twelve-segment peak-indicating fluorescent displays show the recording and playback levels, and they are calibrated from -20 to +8 dB, with 0 dB corresponding to the Dolby level. The fast forward, rewind, record, play, and pause buttons have built-in LED indicators and operate with a light touch slightly below their centers. Small pushbuttons select between tape and source monitoring, set bias and equalization for three tape types (ferric, CrO2, or metal), and control an FM-multiplex filter recommended for dubbing stereo broadcasts. Three similar pushbuttons are used to select either no noise reduction or the Dolby-B or Dolby-C systems; LED indicators are provided for the latter two. Vertical slider controls set the recording level, but there is no separate playback-level control. A three-position slide switch, in conjunction with the three-digit mechanical counter, provides for optional memory rewind and replay functions. A fine bias control is provided, and the manual indicates recommended settings for a number of popular cassettes. For unlisted tapes, the procedure for using inter-station FM hiss for fine-bias adjustment is also described. A front-panel jack is provided for a pair of stereo headphones.

The rear panel of the S-6000CP contains the microphone jacks and the usual line-level input and output connectors. There is no provision for remote control or timer activation. Overall, the deck measures 17-1/2 inches wide, 14 inches deep, and 5 inches high, and it weighs about 15 pounds. Price: $399.95.

Sherwood supplied the actual cassettes -TDK MA (metal), TDK SA (CrO2-equivalent), and TDK AD (ferric)-that were used for factory setup and checkout of our sample of the S-6000CP, so we used these for our own measurements. However, the fine bias control had a range more than adequate to achieve comparable results using Maxell, Sony, Fuji, and BASF formulations of all types. Playback equalization was checked using our IEC standard BASF calibration tapes. In the chrome position (70-microsecond), tape-replay accuracy was within +0, – 1.6 dB over the entire 31,5-Hz to 18-kHz test-tape range. With the ferric (120-micro-second) tape, the playback response curve was virtually identical up to 10 kHz, above which it gradually declined to -4.5 dB at our 18-kHz limit. Overall record-playback frequency response, measured at the customary – 20-dB level, was extremely flat with the metal tape; response at 20 kHz was down by less than 2 dB. The high-frequency – 3-dB points for the CrO2-type and the ferric-oxide formulations were 18 kHz and a little over 17 kHz, respectively. All tapes reached -3 dB at approximately 27 Hz on the bass end. At a 0-dB recording level, response was down by 10 dB at 10 kHz with TDK AD (ferric) and TDK SA (CrO2-equivalent); it did not drop off by this amount until a little over 15 kHz with the metal TDK MA.

Third-harmonic distortion of a 400-Hz tone at 0 dB (200 nanowebers/meter, the Dolby level) was very low: 0.38, 0.64, and 0.68 per cent with TDK AD, SA, and MA, respectively. To reach the 3 pe?cent distortion point used for signal-to-noise measurements required increasing the input levels by 6.9, 6, and 6.4 dB for the ferric, chrome-equivalent, and metal tapes. On an unweighted basis, with no noise reduction, signal-to-noise ratios were between 55 and 56 dB for all three tapes. With Dolby-B and CCIR/ARM weighting, signal-to-noise ratios ranged from 68 to 69 dB, and with Dolby-C (CCIR/ARM-weighted) they increased to 77 dB (metal), 77.2 dB (chrome-type), and 77.7 dB (ferric).

Wow-and-flutter, measured with a Teac MTT-111 test tape, was 0.04 per cent wrms and 0.06 per cent with DIN peak-weighting. The Dolby calibration was exact, and Dolby tracking was within 1 dB throughout the frequency range, using either the Dolby-B or the Dolby-C system, at recorded levels of -20, -30, and -40 dB. At the line inputs a signal level of 64 millivolts (0.064 volt) was required for a 0-dB indication, which produced an output level of 0.46 volt. Microphone sensitivity was 0.36 mV with a 600-ohm input (recommended input is 600 to 6,800 ohms), and the overload point of the microphone circuitry measured 200 mV, which represents a healthy margin. Fast-forward and rewind times for a C-60 cassette were somewhat slow, averaging 108 seconds.

Direct source-vs.-tape comparison produced virtually no audible degradation in copies of most program material, though music with extremely demanding high-frequency content did require the use of metal tape to preserve the treble range fully. When we compared the S-6000CP with our reference deck, using top-quality InSync, Mobile Fidelity, and JVC prerecorded cassettes, our listening tests confirmed that our sample of the Sherwood unit was a close competitor when playing material meant for 70-microsecond equalization, though the extreme highs suffered somewhat with demanding material requiring 120-microsecond equalization. During our record-playback tests, Dolby-B provided adequate noise reduction for most musical selections, though the improvement made by Dolby-C was distinctly audible during the quietest passages of music having a very wide dynamic range. Mechanically, the deck was extremely quiet in operation Any criticism we might have would probably concern the closely spaced push buttons, which occasionally invited pressing the wrong one, but except for lab testing purposes these would not often be pushed during normal recording and playback. All in all, the Sherwood S-6000CP represents a highly attractive audiophile value in terms of both appearance and performance. (출처 : http://www.hifi-classic.net/review/sherwood-s-6000cp-515.html) 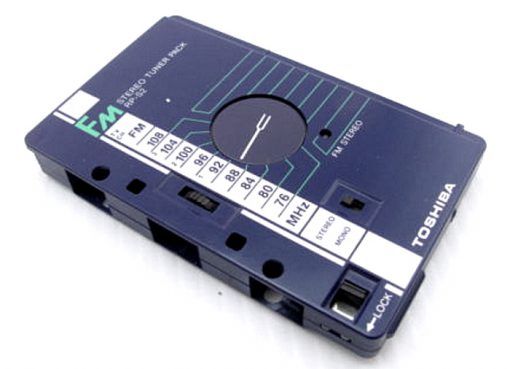 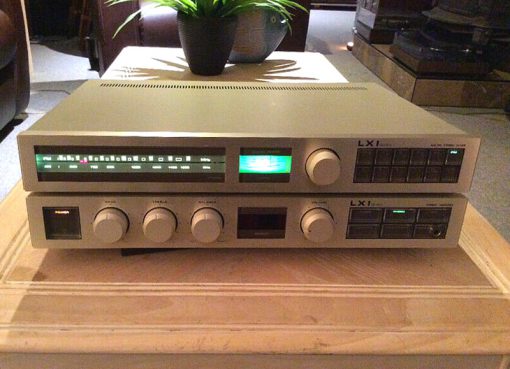 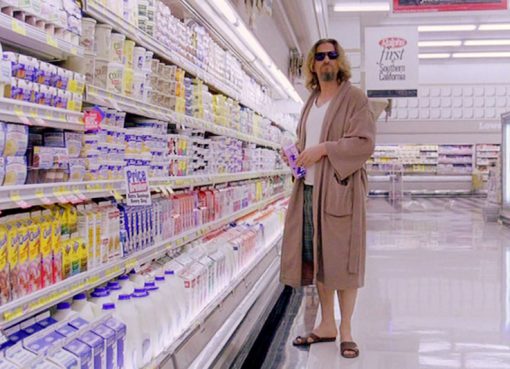 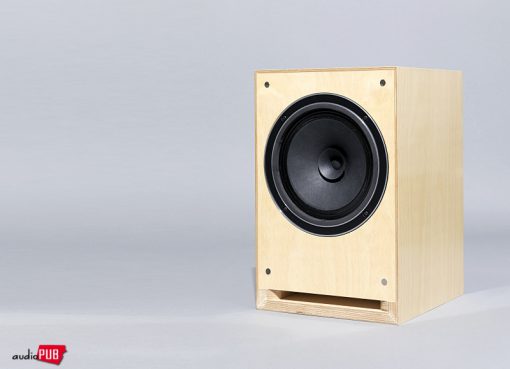 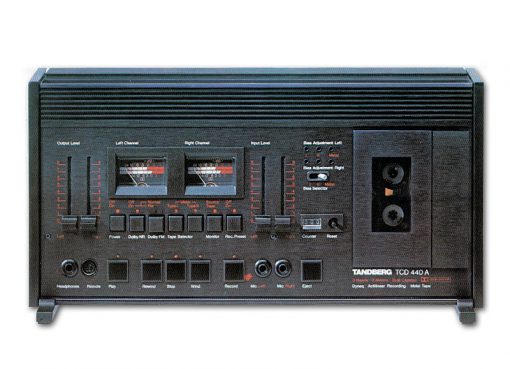 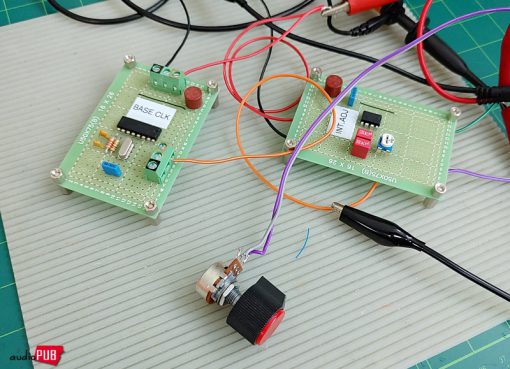 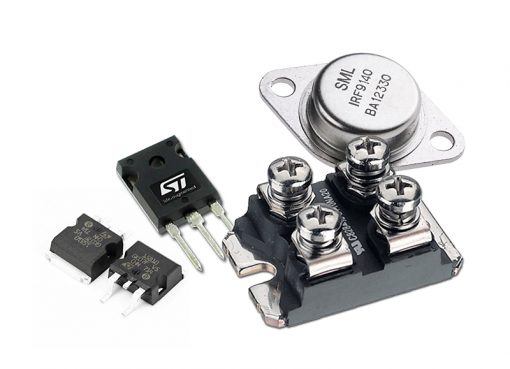 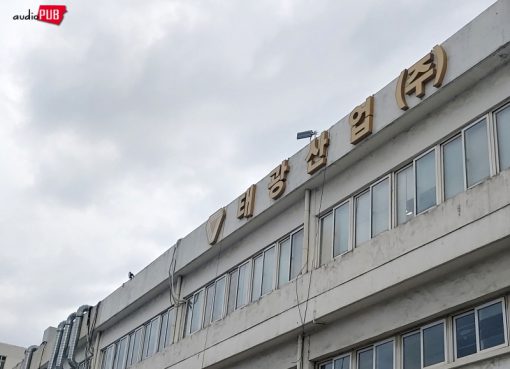